The new sewerage plan The common thread of the municipality of Rotterdam is: 'from tube to outdoor space'. “It means that we organize the outside in such a way that we can process rainfall without flooding,” explains Michel Bunt, water and sewerage consultant at the Municipality of Rotterdam. “A combination in which we keep our feet dry with all kinds of measures. With an important role for residents. ”

The sewerage plan states which adjustments will be required in the urban water system in the coming years. Simply replacing sewer pipes is not enough. More is happening with the 2021-25 sewerage plan. The outdoor space will be arranged in such a way that precipitation is processed without flooding. The municipality provides places where the rainwater can go, without flooding. Such as water squares and green roofs. Rotterdam now has about 2500 kilometers of sewer pipes. This must become a climate-proof system in which various parties work together, such as utility companies, water boards, housing corporations, residents and the municipality. The aim is to make management smarter. For example, by combining different activities in the subsurface, if the street does open up. Or by immediately making the outdoor area better and greener, in preparation for extreme rainfall.

This already happened in the Vijverhofstraat, a street that was immediately made climate-proof when the sewer was replaced, partly thanks to the Life Urban Adapt program. The sewer system in this street has been replaced and a rainwater sewer and a water storage system have been installed immediately. As a result, the clean rainwater is collected separately from the sewage water.

This system, in which the sewage water is separated from the rainwater, is also part of the municipal sewerage plan. In the future, the city wants to separate sewage water 100% if possible. But that does involve a challenge. It is very busy in the subsoil and therefore sometimes difficult to create space for two separate sewer pipes.

Residents' help is also needed, as described in the Sewer Plan. “More than 60 percent of the Rotterdam territory is in the hands of private individuals. So we will not survive if we only tackle the public area. We ask residents to collect rainwater themselves in their garden or on their roof. Green your garden so that precipitation can drain or sink into the soil, ”says Michiel Bunt.

With greening and more absorption of precipitation, the sewerage plan is also in line with the Rotterdam WeerWoord. 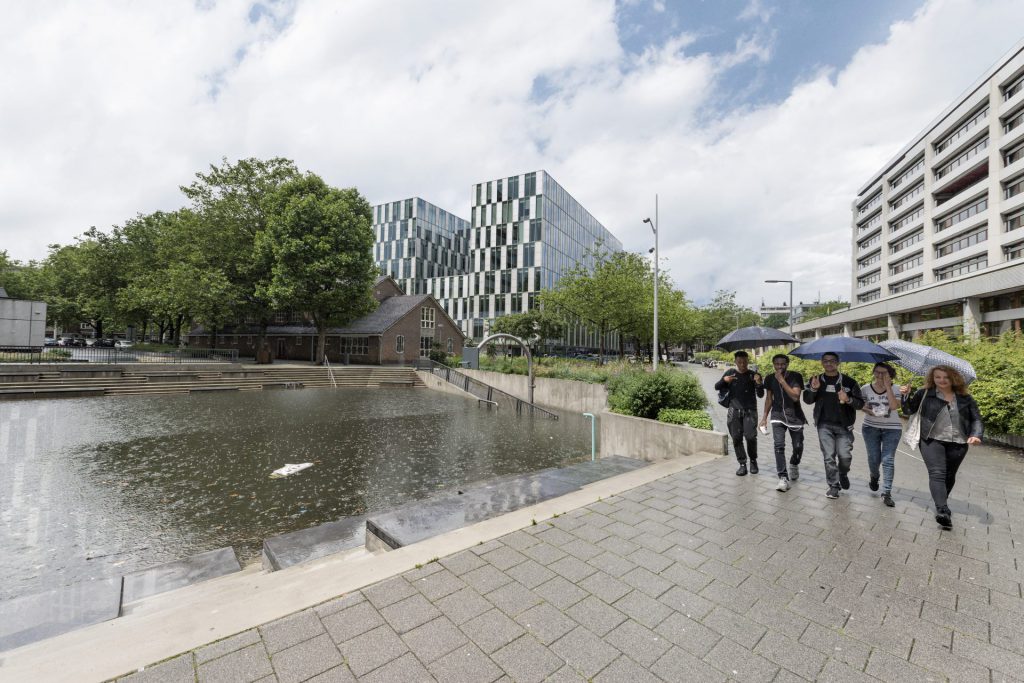 This website uses cookies to improve your experience while you navigate through the website. Out of these, the cookies that are categorized as necessary are stored on your browser as they are essential for the working of basic functionalities of the website. We also use third-party cookies that help us analyze and understand how you use this website. These cookies will be stored in your browser only with your consent. You also have the option to opt-out of these cookies. But opting out of some of these cookies may affect your browsing experience.
Necessary Altijd ingeschakeld
Necessary cookies are absolutely essential for the website to function properly. This category only includes cookies that ensures basic functionalities and security features of the website. These cookies do not store any personal information.
Non-necessary
Any cookies that may not be particularly necessary for the website to function and is used specifically to collect user personal data via analytics, ads, other embedded contents are termed as non-necessary cookies. It is mandatory to procure user consent prior to running these cookies on your website.
OPSLAAN & ACCEPTEREN
Scroll To Top